So you have Covid-19. What are your treatment options? 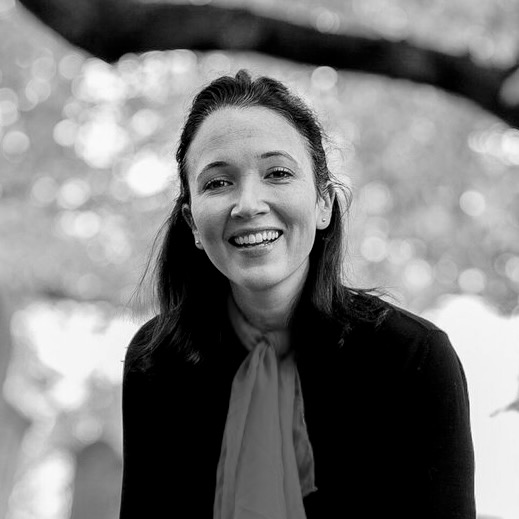 Contradictory advice about Covid-19 can make it hard to find your footing. Daily (underreported) infection rates remain high. Hundreds of Americans die from Covid every day. We’re still figuring out how vaccines and treatments work against newer variants. And the massive community of people at high risk for severe illness includes everyone over 65 plus those with a wide variety of chronic illnesses and disabilities.

Yet the CDC’s recently relaxed guidelines imply we’re in decent shape. Why? Most Covid infections are relatively mild. And we have antiviral and monoclonal antibody medications to help that high-risk population.

At Dr. B, we recently launched our visitless prescription program and no-cost care to make accessing Covid antivirals as easy and affordable as possible. In doing so, we learned that many patients don’t know what medication options are available after they’ve tested positive for Covid-19. So we put together this handy, up-to-date guide with everything you need to know about how these medications work and who they best serve.

What are antiviral medications?

Antiviral medications help prevent or fight off viral infections by blocking viruses from infecting cells or changing the virus’ structure so that it can’t replicate. Antivirals don’t destroy targeted cells—they stop the virus from spreading so that the immune system has a better chance of clearing it.

The FDA has approved 3 antiviral medications for Covid-19 use.

What is Paxlovid? Made by Pfizer, the FDA approved Paxlovid for emergency use in late 2021. In preliminary studies, Paxlovid reduced hospitalization rates by almost 90%. In its 2nd stage of study, it decreased such rates by 70%. But a recently-released study showed that while it continues to significantly reduce hospitalization rates in those over 65, it has little effect in younger adults.

What are Paxlovid side effects? Side effects are generally mild and can include diarrhea, impaired sense of taste, increased blood pressure and muscle aches. Paxlovid may interact with other medications, especially those for HIV-1 or liver disease. So talk through potential complications with your provider.

What is Paxlovid rebound? Some people experience rebound infections and symptoms 2-8 days after finishing Paxlovid. We don't know exactly how many people this happens to—a recent (not yet peer-reviewed) study estimates about 6%. But we do know that SARS-CoV-2 is not resisting the drug. It’s more likely that the dosage is too low to permeate infected cells or that such patients need a longer course of treatment.

Who can get Paxlovid? High-risk adults and children at least 12 years old weighing 88 pounds or more testing positive with mild-to-moderate symptoms for less than 5 days. Paxlovid studies did not include pregnant people. So if you’re pregnant or have recently been pregnant, its risks may outweigh its benefits. Learn more and bring questions to your healthcare provider.

How can I get Paxlovid? Paxlovid is free while Covid-19 remains a public health issue. But it requires a prescription from a healthcare provider. Learn more in our Paxlovid primer. And find out if Dr. B's visitless prescription program can get you on Paxlovid ASAP.

What is Molnupiravir? Given emergency FDA approval shortly after Paxlovid, Lagevrio is made by Merck and contains the drug Molnupiravir. Studies show it reduces hospitalization rates by around 30%. So it’s only recommended for those unable to take or access Paxlovid.

How does Molnupiravir work? Molnupiravir inserts errors into SARS-CoV-2s’s genetic code so that it can’t replicate. If prescribed Lagevrio, you’ll take 4 capsules every 12 hours for 5 days.

What are Molnupiravir side effects? The most common (and mild) side effects include diarrhea, nausea and dizziness. Scroll the FDA’s patient guide and bring concerns to your physician.

Who is eligible for Molnupiravir? High-risk adults with positive Covid-19 infection tests who have had mild-to-to-moderate symptoms for less than 5 days. It is not approved for use in children or those who are pregnant or breastfeeding—as it confuses RNA, there are concerns that it might also disrupt DNA.

How can I get Molnupiravir? Molnupavir is free but requires a prescription from a healthcare provider. Find out if Dr. B can get you Molnupiravir ASAP through our visitless prescription program.

What is Veklury (Remdesivir)? Remdesivir is the only in-hospital antiviral drug given full FDA approval. Studies about Remdesivir’s efficacy have reported mixed results. Initially reported to reduce hospitalization stays by 95%, more recent studies have proved it may not speed up recovery or reduce mortality. Despite this, it’s still administered in many hospitals.

What are Remdesivir’s effects? Nausea and hypersensitivity are common side effects. It may also affect the liver, having either a mild impact on liver enzymes or creating severe liver inflammation for those already critically ill.

Who is eligible for Remdesivir? The FDA has approved Remdesivir for hospitalized high-risk adults, children and infants over 28 days weighing at least 6.5 lbs. 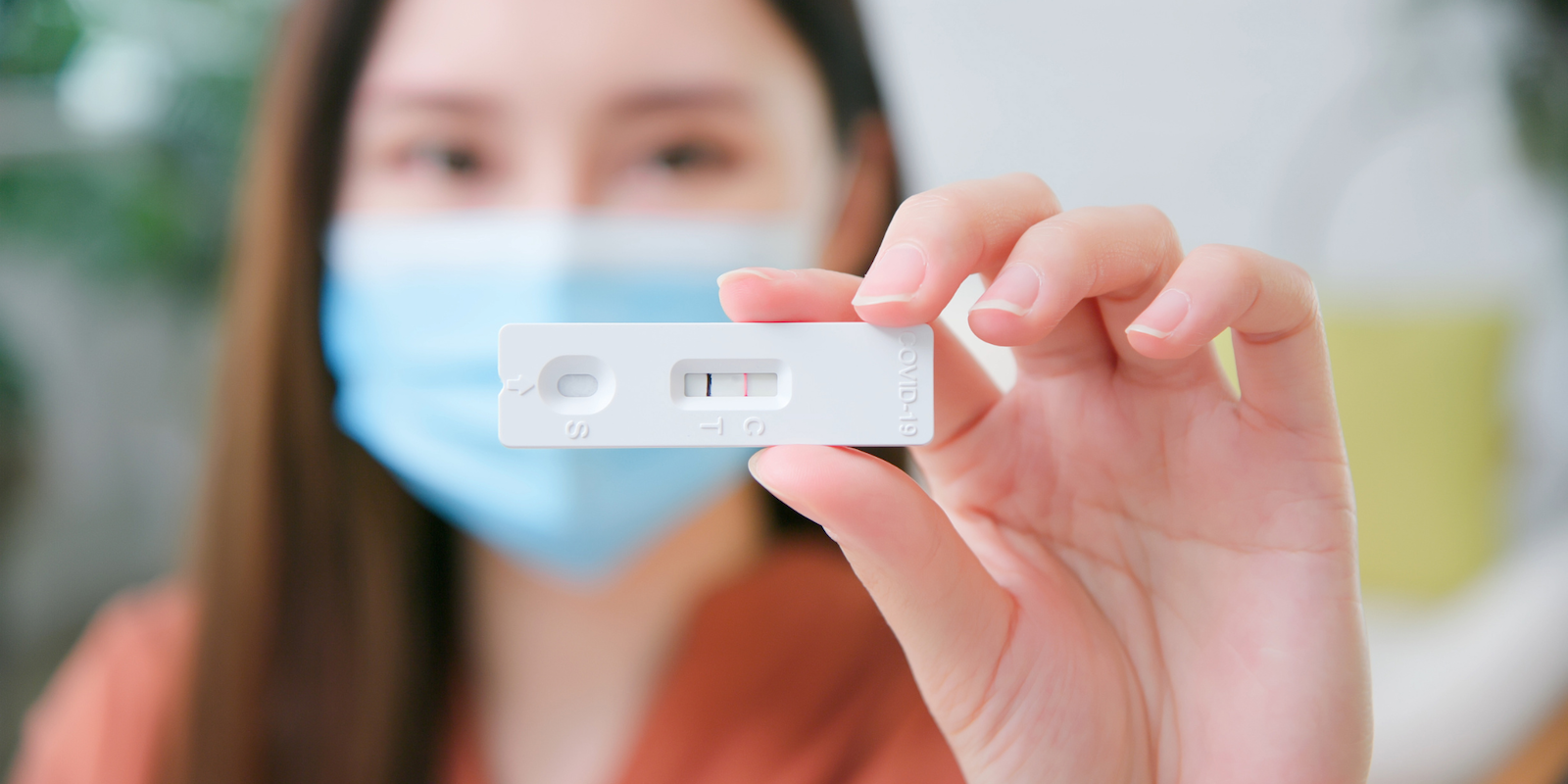 What are monoclonal antibodies?

Monoclonal antibodies (mAbs) are white blood cells cloned in labs to help prevent or fight specific infections. In healthy people, a vaccine or infection triggers the body to create antibodies and fight infection. Monoclonal antibody treatments replace that process for high-risk people who do not make such an immune response.

3 are approved for use against Covid-19.

What is Evusheld? Developed by AstraZeneca, the FDA approved Evusheld in December of 2021. Studies show it can reduce Covid infection rates by 77%. While only given to immunocompromised people, studies did not include them. So we’re still waiting on specifics about that efficacy.

What are Evusheld’s side effects? Common side effects include pain, swelling, bruising, soreness and hypersensitivity at the injection site. Adverse cardiac events occurred in some clinical trials, but they were rare.

Who is eligible for Evusheld? Any moderately or severely immunocompromised person over 12 years old weighing at least 88 pounds, and those who cannot be vaccinated for other reasons. Evusheld helps prevent infection and should not be administered after recent exposure. You can receive both a Covid-19 vaccination and Evusheld. Ask your provider if you need both and how to time them out.

What is Bebtelovimab? Bebtelovimab is a monoclonal antibody approved for use in February 2022.

How does Bebtelovimab work? Like other mAbs, Bebtelovimab binds to the spike protein of the SARS-CoV-2 virus, reducing the spread of infection. The exciting part? It is effective against omicron and its BA.2 subvariant! And it’s administered through a single injection within 7 days of symptom presentation.

What are Bebetlovimab’s side effects? The most common side effects are itchy skin or a rash related to the infusion.

Who is eligible for Bebtelovimab? Adults and children 12 years or older weighing at least 88 pounds who have tested positive for Covid-19, have mild-to-moderate symptoms for fewer than 7 days and do not require hospitalization.

What is Tocilizumab? Tocilizumab is a monoclonal antibody treatment that reduces inflammation by blocking the interleukin-6 receptor. It’s often given to those with rheumatoid arthritis. But the FDA approved it in June 2021 for hospitalized Covid-19 patients already on corticosteroids and supplemental oxygen, a ventilator, or ECMO. It is only approved in such circumstances, as it can reduce the risk of death in conjunction with other therapies. So we hope you’ll never need to know more about it.

Sign up for a quick weekly newsletter with research-based news and vetted advice for staying healthy and mentally well (during the pandemic and beyond).