Do you live in a 'Paxlovid desert'? 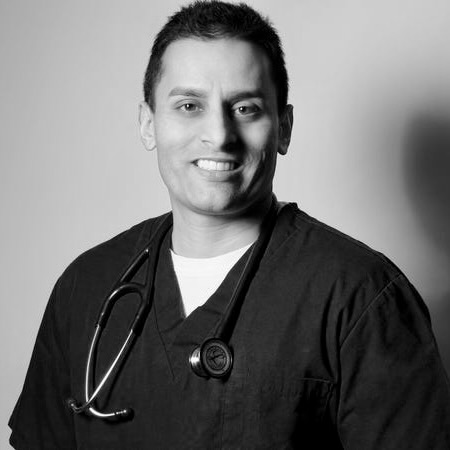 In the first half of 2022, Paxlovid emerged as the most effective at-home Covid-19 treatment for preventing death or hospitalization among at-risk patients. The good news is the potentially life-saving medication is getting to many people who need it. According to numbers from the U.S. Department of Health & Human Services (HHS), over 1.1 million courses of Paxlovid have been administered as of June 5, with just over three million courses ordered.

The bad? Paxlovid distribution hasn’t been equal across the country. According to recent findings by GoodRx, which analyzed HHS data on publicly available Covid-19 treatments, 26 million Americans live in “Paxlovid deserts,” or areas that received no courses of the treatment. The data was broken down by county and GoodRx estimated that 42% of U.S. counties were Paxlovid deserts as of March.

(The New York Times is collecting data on how easy or hard it is to access Covid-19 treatments, if you want to chime in.)

According to the data, Paxlovid deserts are largely in rural areas—a sign of a deeper divide in healthcare. In urban centers, Paxlovid is accessible in a variety of settings, including hospitals, pharmacies, urgent care centers, and other clinics. But rural areas are more likely to lack this infrastructure, falling under the category of “medical deserts” or regions without adequate access to healthcare.

Based on data from the National Rural Health Association, as many as 77% of rural counties are medical deserts and rural America is home to only 9% of practicing physicians despite having 20% of the population.

It’s no surprise that Paxlovid deserts are also more likely to be subcategories of medical deserts like  “hospital deserts”—commonly defined as areas more than 30 minutes away from a hospital—or “pharmacy deserts.”

The effects of these dynamics go way beyond Covid-19. According to a 2017 study by the Centers for Disease Control and Prevention (CDC), Americans living in rural areas are more likely than their urban counterparts to die from five leading causes of death: heart disease, cancer, injury, respiratory disease, and stroke. The CDC cited lack of access to specialized care and longer distances between healthcare facilities and trauma centers as probable causes, along with higher rates of poverty.

Who is receiving Paxlovid?

One positive finding was that distribution of Paxlovid has been equitable among Hispanic, Black, and Asian American/Pacific Islander populations—an encouraging statistic, given the wealth of research showing that nonwhite populations often receive lower quality care and experience worse health outcomes.

The finding applied mostly to urban areas where a robust health care infrastructure is more common, and may be due to the government’s decision to send Paxlovid to Health Resources and Services Administration centers, often located in underserved communities.

The future of Paxlovid distribution is currently unclear, but it’s worth noting that GoodRX’s research period ended in March. Since then, the federal government has made significant efforts to address the shortage, including the purchase of 20 million treatment courses and the rollout of the “Test to Treat” initiative, which provides both Covid-19 testing and a course of Paxlovid for free in a single pharmacy location.

The role of telehealth in closing the Covid-19 treatment gap

Ultimately, bringing needed services to healthcare deserts in rural areas will likely require an expansion in care infrastructure, including more pharmacies, clinics, and primary care practices. But experts are increasingly looking to digital telehealth solutions like Dr. B to help reduce barriers and close the gap, especially given the major shift to telemedicine with the onset of the pandemic.

For example, the CDC recently supported a series of programs employing telehealth in rural communities to improve outcomes in areas like stroke care and cardiac rehabilitation, diabetes management, epilepsy management, and tobacco cessation.

Telehealth is also reducing barriers in the prescription drug space. Platforms like Dr. B let you access the medications you need from your home via a convenient digital consultation. Whether you choose this route due to a lack of qualified providers in your area or simply for convenience, our consultations provide the same standard of care you’d expect from an in-person doctor’s appointment.

Dr. B was founded as a free Covid-19 vaccine waitlist with healthcare equity at the center of our mission. Now, we’re providing online consultations for Covid-19 antivirals as the first of many everyday prescriptions.

Learn more about getting a consultation for Paxlovid through Dr. B.